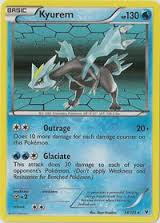 Today we will look at the 3rd deck in the Fincastle Gym’s spotlight on our online collection.  This deck’s core stretches back over several seasons.  In the format that most of you know, one that is dominated by EX cards where players routinely pay anywhere from $15 to $40 dollars per EX, the centerpiece of this deck almost seems laughable.  That card is Kyurem (“Outrage”/”Glaciate”).  Kyurem entered the TCG in 2011 in the Noble Victories set.  The only reason this card is in the format at the moment is that it has received multiple reprints since 2011, the most recent one coming in last spring’s Legendary Treasures set.  Kyurem can be purchased for a little over $1 nowadays, a far cry from the $20 price tag that accompanied it in 2011.  We remember opening a box of Noble Victories and celebrating if we pulled a Kyurem.  Thanks to our online experiences with this deck, we have dubbed this one “Ross Perot”, again offering some references that many of you are too young to get (we’ll help you out on that front in a few paragraphs).  At the very least, look at like a history lesson.

Both Gym Leaders Joel and Logan piloted our 1st versions of this deck, Feraligatr Prime/Kyurem, to multiple Battle Roads and City Championship 1st and 2nd place finishes.  The appearance of Mewtwo EX/Celebi Prime killed the viability of that deck, as Mewtwo EX would flat-out run through everything you had before you could ever set up.  However, as the Plasma sets entered the format and you could routinely expect to face decks with full benches again, we looked at the deck again.  This time, partnered with Blastoise instead of Feraligatr Prime, we squeezed in a 2-2 line of Duskull/Dusknoir, allowing you to spread damage and then use Dusknoir’s ability “Sinister Hand” to move it all and knock out 3 EX’s at once and end the game.

While great fun, this strategy was shut down again, thanks to the release of Mr. Mime and its bench protecting ability “Bench Barrier”.  As the use of Mr. Mime fluctuated up and down, Joel continued messing around with the list, as it still had some good match-ups.  However, its dependence on the item card “Rare Candy” sealed its doom when the format was blessed with Toad.  Item locking aside, Gym Leader Joel could not turn his back on this deck, which seemed like an old friend, especially when the stadium card “Silent Lab” joined the format in Primal Clash.  Among the many abilities that “Silent Lab” shut off was that dreaded “Bench Barrier” ability on Mr. Mime.  Joel figured that Kyurem was worth one more look.  Here is what he came up with. 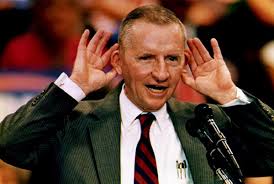 Okay, first we’ll get our most recent obscure reference out of the way.  Ross Perot was a comical (both in his appearance and his rhetoric) computer and automotive tycoon who ran as an independent presidential candidate in 1992 and again in 1996.  He quickly became the target of comedians across the globe.  The most memorable jabs at this little Texan came from Saturday Night Live’s Dana Carvey.  Carvey loved to mimic scenarios where talk show hosts and other candidates debated Perot, who blathered about economics, NAFTA, “gridlock” and june-bugs, often veering off-topic.  Whenever anyone attempted to stop him and clarify his ramblings, Perot would come right back with his nasal, high 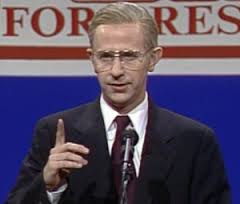 pitched demand, “CAN I FINISH?” or “LET ME FINISH!”.  Okay, now stay with me on this one.  Thanks to the painful mechanic in the PTCGO where, when using the ability  “Sinister Hand”, you have to move damage counters 1-at-a-time to your target.  To do this to 3 different 180HP EX’s at once takes a little time.  Once your opponent realizes that you are taking the game that turn, usually all 6 prizes at once, they typically “rage-quit”.  Of the 33 wins with the deck online, we may have actually successfully moved the damage in time before the “quit” once or twice at best, leaving us sitting in the chair, yelling at the computer in our best Ross Perot voice, “Can I finish, can I finish, can I finish…..”(look up a Dana Carvey stand-up if you’re interested in a little pop-culture history… while you’re there, enjoy his rendition of “Chopping Broccoli”).  Yeah, it’s a long ways to go just to get to the point that you never get to finish games online with this one, but we reserve our right to entertain ourselves as we write these things.

The most obvious change for “Perot” was from a “Rain Dance/Deluge” user to the Milotic and its ability “Energy Grace”.  The use of the item card, “Battle Compressor”, when combined with Milotic, makes for energy acceleration onto Kyurem that was never possible with its old teammates.  Milotic relieves the need for any energy retrieving cards, which frees up some room in the deck.  Plus, in the odd event that you crossed someone still playing Pyroar, Milotic provides for easy one-hits against it.  The return of the item card “Revive” also brings life back to Kyurem, letting you turn your 4 Kyurem into 5 or 6.  As you can see, there are no “Rare Candy” cards in this list, as Toad turns them into wasted space in a relatively tight list.  In most games

that Joel has played with this deck, he has seen that there is no rush to get a Dusknoir in play.  Evolving 1 stage at a time seems to work just fine.  Often, Dusknoir is the last and only pokemon on Joel’s field by the time he uses “Sinister Hand”, which makes it that much funnier when you have enough damage in play to take out 3, sometimes 4 EX’s at once.  If someone decides to waste resources targeting your Dusknoir line, it just extends the life or your Kyurem.

The biggest trick to playing this deck is learning how often to use “Energy Grace”, as it does cost you a prize card if you use it.   If you can do it early (i.e:  2nd turn) and fully charge 1 Kyurem while you manually attach to other Kyurem, you may be able to get 4 or 5 turns of “Glaciating” off before you have to look at using the ability again.  In that much time you could have anywhere from 400 to over 700 damage in play, depending on what you are playing against.  Being able to keep that pressure on your opponent for that many turns may relieve you from having to get a Dusknoir in play at all.

While “Silent Lab” provided the answer for “Perot” to get around Mr. Mime, the stadium “Sky Field” makes Kyurem’s “Glaciate” attack turn to one that should be called something like ”Salivate”.  Here are a few numbers to consider.  Say you are playing against a standard Mega Raquaza EX deck (whether it is the grass version, the steel version or the Ninetails version makes no difference).  By the time you are ready to use “Glaciate”, your opponent is usually sporting a bench of 7 or 8 pokemon.  1 “Glaciate” can put 270 damage on the field… a 2nd attack raises it to 540 damage in play, if nothing like a Swablu or Exeggcute is knocked out.  That is enough damage to move around and KO 2 Shaymin EX’s and 1 Mega Rayquaza EX, ending the game on 1 turn after potentially never attacking more than twice.  Of course, in this particular match, you would never play down your stadium, as you would want to leave “Sky Field” in play.

“Perot” has decent match-ups with anything that uses anywhere close to a full bench.  It beats “Night March” almost too easily, as Dusknoir is never needed in that game.  It does ugly things to Donphan, as you can spread damage a few times, move it to KO all the Donphan, then finish off whatever is left with either “Outrage” or “Glaciate”.  Seismitoad/Shaymin EX became more beatable thanks to the addition of Shaymin EX (giving you some low HP EX’s to target).  However, in this match-up, you often end up using “Outrage” to create damage on Toads and then moving it down to other targets.  You definitely have to get Dusknoir evolved earlier in this match.  “Perot” performs remarkably well against Landorus EX/Crobat, as the water-weak Landorus is very vulnerable to Kyurem’s “Outrage”. 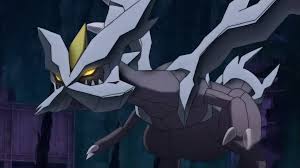 The other recent addition to the library of stadiums in play at the moment, “Rough Seas”, creates the biggest problem for “Perot”.  Trying to spread damage while your opponent heals it right back off becomes a struggle.  However, Mega Manectric/Seismitoad, the main user of “Rough Seas” typically cannot 1-hit, Kyurem, leaving you with the option to use “Outrage” for damage.  You should win the stadium war, as few decks play 4 copies of any stadium.  However, if you prize multiple “Lab” stadiums in this match-up, you may be in for a long drawn out battle (as you can keep healing with “Rough Seas” as well).  You and your opponent may both fall asleep before this one is over.

All the variants of Kyurem are headed for the sunset (as did Perot’s political career) as far as the Standard Format goes.  Kyurem may have a little life in the Expanded Format events, depending on what decks become popular out of that huge card base.  All we know is that if Gym Leader Joel sees a chance to do so, he’ll break his old friend out of the deck vault and take him for a spin.  Check back again soon, as we will present at least 1 more deck from our collection, this one being the one that we were originally targeting for Nationals, but turned away from late in the season.  Until then, see you at the Gym!

This entry was posted in Tips and Strategy and tagged Dana Carvey, Dusknoir, EX, Outrage, Ross Perot. Bookmark the permalink.