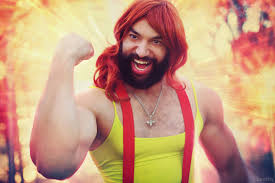 One of the unique features to Roanoke’s first Regional Championship should be another first in its own right in the Roanoke area.  Saturday, during the main event, there is also a Pokemon Costume and Cosplay contest.  Now, Roanoke has been developing an ever-growing base of talented cosplayers for a while now… probably longer than we’ve been aware of.  The Fincastle Gym Leaders have attended recent events like the Roanoke Anime Convention and Geekmob for the last two years and have been blown away by the outfits that we’ve witnessed at these events.  Our love for manga, anime and basically everything else to do with Japan grows larger every day, which means we actually know the anime characters that people dress up as (a pretty amazing feat for some 40-something parents of two, I say).  This side event at the Blue Ridge Regional will be the first Pokemon-only contest that we have witnessed in the area. 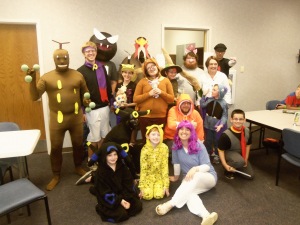 We guess that statement holds true if you do not count that little event we hold each year at Halloween time.  For the last 3 years, we’ve held Pokemon costume contests at our October pre-releases.  What we originally thought would be a day where our trainers would show up with a hat w/Pikachu ears attached or something else simple, quickly turned into some amazing contests.  Many of our trainers at the Gym walked in looking like someone you might see at a major Con.  We quickly were reminded of the level of creativity that resides in those who play and enjoy Pokemon.

Just check out some of our big hits: Here, here, here and here.

We are very excited to help promote a Pokemon Costume & Cosplay contest coming May 6th from 9 AM – 3 PM at the Blue Ridge Regional Championship.  Entry is simple – just dress as your favorite Trainer, Pokemon, VG or Anime Character, and come to the Pokemon Photo-booth at the Berglund Special Event Center.  Entry in the contest (and the photos!) costs $5, and you get to pose in the photo-booth for a strip of 4 photos of your costume.  Give one strip to the booth attendant to be placed in the contest album and keep the other one for yourself!  Prizes will be awarded in lots of categories including Pokemon, Trainer, Alolan Region, Group and more.  As a reminder for those who do attend area and national comic and anime cons, there is no entry fee to enter the Berglund Special Event Center.  Yes, there are costs to enter the main TCG/VGC events, side events and the Cosplay contest, because you can win prizes in all of them.  However, it does not cost a thing to enter the Center.  So, you can bring your friends and family to check out everything that will be going on.  You can even bring your own cheering section for the Cosplay contest. 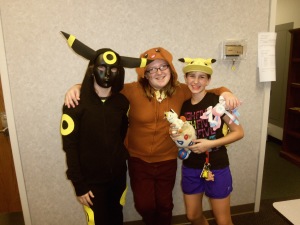 Now, if you’ve noticed, we’ve said Costume AND Cosplay contest.  So, what’s the difference?  Traditional Cosplay Contests include not just a creative outfit, but also some aspect of performance (play) or characterization – sometimes including 30-60 seconds of stage time for an audience.  While we don’t have the stage room for this in-depth of a contest, experienced cosplay judges will be on hand to conduct short interviews where they can evaluate your characterization of the costume, as well as your creativity and craftsmanship.  In addition to being in the running for the Costume contest, participants who have a Cosplay interview will be eligible for cash prizes.  We are still waiting for some details on the cash prizes, but are pretty sure that they will vary depending on the number of entrants.  The more the merrier.

We can’t wait to see what everyone comes up with.  (We’re looking at you, Iain!)  Whether you are a master costume designer or have never made a costume, we hope you’ll join us.  Just to give you an idea of how broad-ranging this category is, we searched a few costumes from other events and attached them below.  We can’t leave you without a little motivational slogan straight from the mouth of Walter Sobchak:  If you will it, Dude, it is no dream.  Check back in a day or two for a look at the Blue Ridge Regional Side Events which includes details on the Battle Fiesta.  See you at the Gym!

You can always find out more about all aspects of the Regional Competition at www.BlueRidgePokemon.com 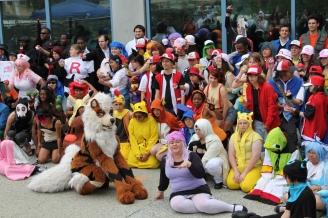 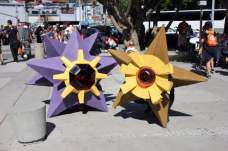 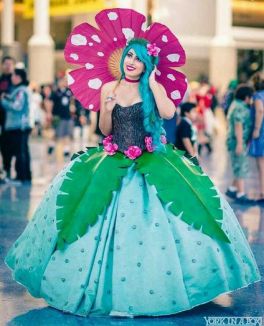 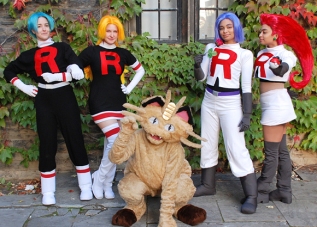