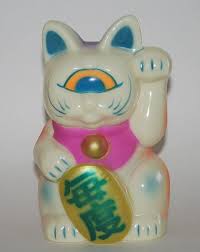 The Gym Leaders have been busier than one-eyed cat watching two mouse holes.  Gym Leader Joel hoped to post this last week, but could not get free time to do so.  With that being said, it’s time to catch up on happenings at The Gym.  Yesterday, we hosted a League Challenge in Fincastle, while three of our leaders were battling at a League Cup in Charlotte.  Last Sunday (8/12), we had another first-time winner of a Gym Leader Challenge.  Let’s get to the details.

As mentioned, Sunday was our first League Challenge of the 2018-19 season, the first to include the new set, Celestial Storm, and the last Challenge before the rotation to the Sun & Moon and newer Standard Format.  Here are yesterday’s winners:

These results tie in nicely to the most recent winner of a Gym Leader Challenge in Fincastle.  Sunday, a week ago, Noah R made his first bid for a gym badge.  His choice of opponents, much like the story line of most of the video games, was Gym Leader Joel and his Grass-type deck.  Joel has experimented with several different decks, and after giving up on variants of Decidueye GX, has returned to a much more competitive Tapu Bulu GX build.  While that may have seemed like bad luck for Noah, it turned out that he opened with a Lady Luck sitting on his side of the table. 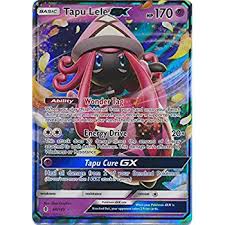 Gym Leader Joel opened their first game with the dreaded Tapu Lele GX start.  For those unfamiliar… Lele is used to play from your hand, which activates its ability, “Wonder Tag”, which lets you search the Supporter card of your choice, usually keeping you out of a bad start.  When you start a game with Lele as your only pokemon, you can’t use the ability.  Not only did Joel get that start, he did not draw another pokemon for several turns.  Noah took on the easy task of knocking out the Lele and then a Fomantis to take an easy game 1.

Game 2 rose to the standard we expect to deliver as gym leaders.  Joel set up his field of Lurantis GX and Tapu Bulu GX, but was matched by Noah who is learning the in’s & out’s of his first competitive deck.  The two players exchanged 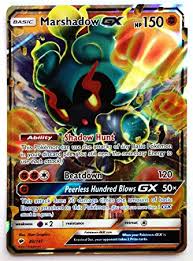 knock outs for several turns, each taking 4 prize cards along the way.  It looked like Joel was going to close out the game if Noah was unable to knock out one of Joel’s GX’s for his last 2 prizes.  Noah benched a Marshadow GX and cleverly used it to copy an attack from a pokemon in his discard pile, one-hitting a Tapu Bulu GX for the game and the challenge.

The Grass-type badge is Noah’s first and in impressive fashion, he earned it by defeating a gym leader without exploiting the weakness of that deck.  Where most trainers bring a Fire-type deck against the Grass-type leader, Noah used his Psychic deck and won against a deck that is not easy to defeat.  Noah is the 33rd different trainer to win a badge since The Gym’s inception.  He is young and is learning a deck that is very powerful but also prone to error by those who pilot it.  As Noah continues to master the deck, we are sure that it will net him many more badges.  Great job, Noah!  Welcome to the Wall of Fame.

TCG Gym Badges Earned (aka, The Wall of Fame):

*players in BOLD have won all 9 badges

This entry was posted in Gym Leader Challenges. Bookmark the permalink.