Today we are going to look at the recently retired Steel-type gym leader deck.  Traditionally, Steel-types in the TCG have been designed to be more defensive, offering larger HP numbers or defensive abilities in exchange for heavier attack costs.  In the sets released prior to Sun & Moon, one had to wonder if Pokemon forgot that they were a thing at all.  When Bronzong (PHF 61) rotated out of the 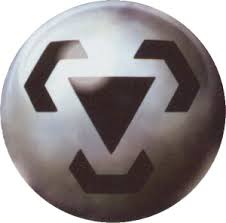 format, taking Aegislash EX with it, it became very difficult to construct a functional Steel deck.  Gym Leader Joel rode a Mega Scizor EX deck about as long as anyone could stand (because M-Scizor really was not that interesting to play), patiently waiting for something else to come along.  Luckily for him, gym leader challenges were not taking place very often during that time, so he did not have to take too many losses with the deck.  Sun & Moon came along and gave Joel a gift in the form of the most offensive Steel pokemon that he had ever seen (and no, we’re not talking Hollywood-offensive, we mean capable of offense-offensive).  Joel immediately turned this gift into a successful deck. END_OF_DOCUMENT_TOKEN_TO_BE_REPLACED

Posted in Tips and Strategy